Most of you who’ve been on our crazy journey with us the past couple of months know that our 4L ‘Pail’ Ale Kit has always had a listed price of R200,00. What you might not know is that we’ve tried really hard to make sure that no one has ever paid that much.

We’re long-time homebrewers. Grain Bucket was conceived during the height of lockdown after our friends and family suddenly took a special, but expected, interest in our brewing. We realised that there was a significant barrier (both in complexity and cost) to them making their own beer. We knew that we could bridge these barriers and thus the 4L ‘Pail’ Ale kit was born.

We did, however, do this at a complex time when supply of the raw materials was uncertain and the associated prices were fluid. We therefore priced our products conservatively (still considerably cheaper than a traditional homebrew store) to cover for this uncertainty. Each time we’ve succeeded in our supply chain, we’ve then passed these savings on to you in the form of sales, discounts and coupons.

Today I am happy to announce that things are going well! So we’ve updated the listed price of our 4L ‘Pail’ Ale Kit to be 40% less. We feel that this is now both sustainable and furthers our main goal of helping more people get into our favourite hobby of brewing your own craft beer!

As many of you already know, we have some new styles of beer in the works. Yes, this reduced pricing will also extend to these new kits and their refills.

Thank you all for your support - it’s your help that has made this possible
Happy brewing!
--
Brad 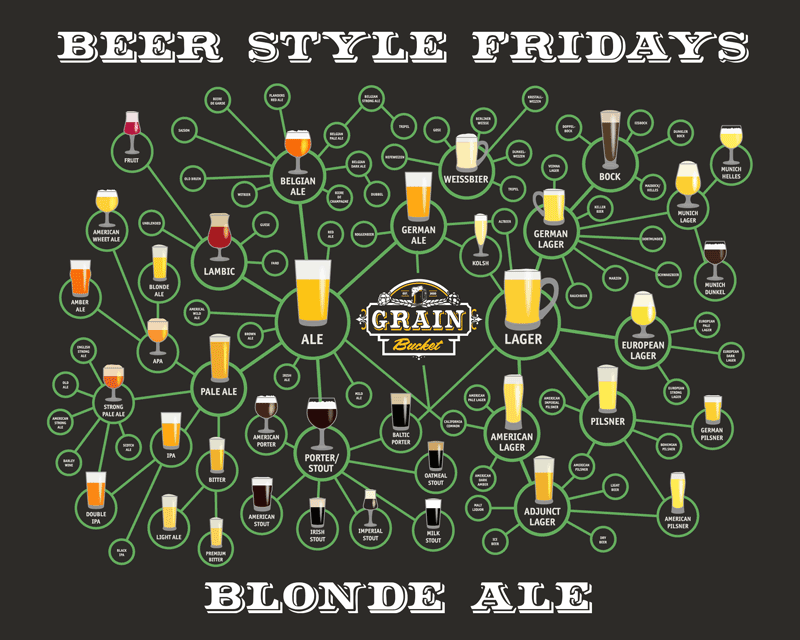 This week we continue our exploration of the relatives of Pale Ale and check the complete opposite end of the scale to the IPA we discussed last week. This week we are looking at American Blonde Ale.

Blonde Ale (particularly in the American Style) is the perfect gateway craft beer. It is characterized as not being overly pronounced in any quality making it a good refreshing alternative to that lager you reach for on a hot day.

The restrained malt favours typically come through as ‘biscuity’ while the lower alcohol content (around 4.5% ABV) combines with a medium-low hop flavour and low bitterness to create a quenching beer with a crisp finish. Unlike the beers we have discussed so far, Blonde Ales have more fruity ester flavours (think banana or bubblegum) without these being predominant flavours. These ester flavours are a result of the fermentation.

True to their namesake these beers are typically brewed with straw to golden colour.

If you’d like to try get more of the characteristics of Blonde Ale out of our Grain Bucket ‘Pail’ Ale kit, we suggest that you first reduce the amount of hops by a quarter and then keep your fermentor at a slightly higher temperature (around 24C). This higher fermentation temperature will foster the ester production in the American yeast in our kit.

The restrained taste of American Blonde Ale pairs well with cheese or pasta. 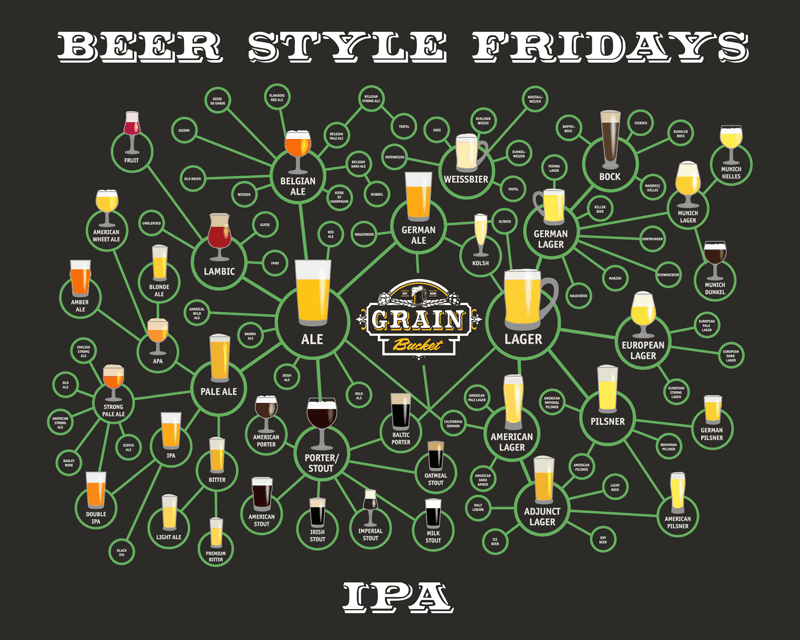 This week we look at one of the signatures of the modern craft brewing revolution: India Pale Ale (or IPA for short). A subset of the Pale Ale we discussed last week, IPA is the single highest selling beer style in many craft beer markets around the world. This is with good reason - it’s delicious.

IPA is typically characterized as having a slightly higher alcohol content balanced by a strong focus on hops. This hops focus creates herbal, citrus or fruity flavors rather than outright bitterness. It makes IPA a great ‘next step’ in your exploration of beer as it fuses tastes you already know with insights into the possibilities of hops. And it does it in something altogether crisp and refreshing.

IPAs are typically golden to copper in colour with low esters and a medium-low to medium body. If you like the slightly hoppier taste of our ‘Pail’ Ale, you’ll love IPA.

There is a tale that the style originated from british brewers in the 1800s attempting to increase the alcohol of their ales so that they wouldn't spoil on the voyage to be sold in India. The tale goes that brewers then had to increase the hops to disguise the alcohol content. While it is disputed, we still love it as a story to tell over your next round with friends.

The powerful characteristics and refreshing taste of IPA pair well with spicy dishes such as curries or mexican dishes.

Craft beer is one of life’s special pleasures. Every Friday we’ll explore a new style of craft beer to guide you through this incredible world of flavours, options and food pairings.

Pale Ales are a good first step if you’re getting into craft beer. They have a more interesting taste that the commercial lager you’re probably used to, but still with a moderate hoppiness (hops is what gives beer its bitterness and aromas) that is well balanced with malt flavours. They are typically a light golden to amber colour owing to the pale malts that they are made with.

The cleaner, yet hoppier taste of Pale Ales means that they pair well with simpler dishes like braai meat, salad or roast chicken.